All The Impostors Roles in Super Sus Explained

Find all the Impostors roles explained in this Super Sus Impostor role guide.

While it can be fun to run around completing tasks and trying to deduce who the Impostors are, some of the most entertaining roles in Super Sus actually fall into the Impostor category. This role, along with its sub-roles, allow you to eliminate the other team in a variety of clever and cunning ways, allowing you to win matches with sheer style and charisma. And in some cases, they also let you make some impressive plays using different skills, depending on your specific Impostor roles.

In the spirit of helping new players to get started with Super Sus, especially if they’re playing it on PC for the first time on the now.gg mobile cloud, we’ve decided to create this overview on the Impostor roles in Super Sus. Alternatively, if you want to learn more about their Spacecrew counterparts, make sure to check out our Spacecrew role guide for Super Sus.

With that being said, let’s begin!

Your typical Impostor experience, whose sole purpose is to run around the map trying to pick off unaware Spacecrew members one by one, and sabotage facilities to cause chaos in the match. All the other sub-roles that we’ll be mentioning on this list branch out from this initial role, which means they all have the same victory conditions. In other words, all Impostors win either by sabotaging a critical facility and making the timer countdown to 0, or by eliminating enough Spacecrew to make the number of players on both teams the same. For instance, if there is 1 Impostor in the match, this team would win when there is only 1 Spacecrew alive.

This sneaky agent of subterfuge can mark another player at the beginning of the match, or after every Emergency Meeting, and then turn into them for up to 10 seconds at a time. This obviously allows for framing other players by killing Spacecrew while disguised as other players. However, to counteract this huge advantage, Spies can’t use vents.

The Vigilers are warp masters that can set up a number of portals on the ground and warp between them, as if they were regular vents. This allows them to get around the map in ways that other players might not realize initially. However, players can see you venting in and out of your warps if they are within range of vision, so you still need to be careful not to emerge too close to others.

This one is a tricky role since it allows the user to place killing curses on the Spacecrew, which results in their deaths after a few seconds. However, these curses are visible to any other player while they’re ticking down, so you need to be careful not to curse anyone within eyesight of others. Nevertheless, with this role, you can sow chaos and confusion by cursing others, and then venting away as they helplessly try to run towards the Emergency Meeting button, only to die on the way, without the others knowing who cursed them.

This role can do one thing and one thing only: They can freely pick up and move the corpses of their victims in order to place them elsewhere. This ability lends itself for two interesting strategies. For starters, they can pose as the Doctor Spacecrew role and act as if they were taking the corpses to Med Bay to revive them, which would help take suspicion off you if someone reports the body you’re dragging. However, this is a bit of a gamble since, if you DO make it to Med Bay with the corpse, then your cover will be completely blown since you can’t actually revive them.

The other lesser known purpose of the Undertaker role is dragging bodies and dropping them in places that are hard to see, so that they can’t be reported to the others. A good example of this would be to drag and drop corpses behind large objects in the foreground, which block the player’s view,

This one is more of a supporter within the Impostor team, in that they can clean up dead bodies and dispose of them so that anyone can’t report them. However, both the act of killing as well as cleaning share a common cooldown, As such, Janitors can only really support when there are 2 Impostors in the team. Otherwise, they function just as any other regular Impostor, where their goal would be to only eliminate the enemy team.

Stealthy individuals who can blend into their surroundings and become invisible for a few seconds at a time. However, any action other than moving around will break stealth and bring you back into the light. Moreover, the acts of both stealthing and breaking stealth can be seen by other players, so make sure that you’re alone before activating this skill.

An all-or-nothing and betting-person’s kind of role that lets users, once per Emergency Meeting, vote to try and guess the Spacecrew roles in any given match. If they guess correctly, the target players will be eliminated. However, if the Blackjack gets it wrong, then they will be instantly eliminated, instead.

Overall, this one is a bit underwhelming as their skills don’t change up the gameplay in any way, and depend almost entirely on blind luck to get it right.

As its name implies, the Flashbang role can blind all players within a large AoE, preventing them from seeing for a few seconds. Flashbangs can take advantage of the confusion to kill an unfortunate Spacecrew member while they are blinded, and evacuate the scene before anyone else can notice. However, this blinding effect also extends to other Impostors, so Flashbangs operate better by themselves.

One of the best Impostors roles in the game. Puppeteers can select any player and lock on to them. After a few seconds, a connection will be established, and the Impostor will be able to take control of the connected player for up to 10 seconds. This control lets them move around and kill other players, while their true form is away in any other room.

This last role is more aggressive in play style, particularly since they will periodically receive kill contracts that, when completed, will reduce the kill cooldown to only 3 seconds. However, if the Bounty Hunter kills anyone other than their target, the kill cooldown will be set at 45 seconds instead. 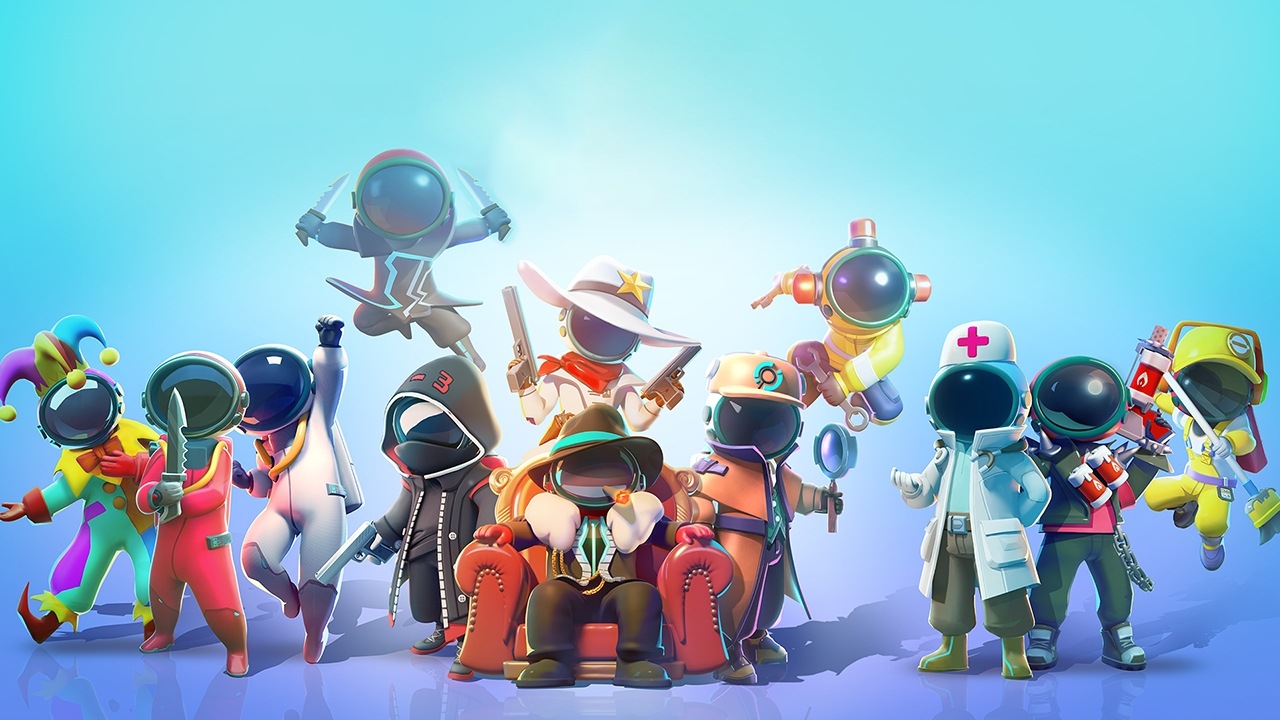 Bounty Hunters are more about aggressive killing sprees, as this role easily lets you kill 2 players in under 5 seconds, as long as one of them is the current kill contract. However, other bystanders can and will report you if they catch you in the act, so always stay vigilant and don’t get greedy.