Play Solar Smash Online on now.gg - Destroy Planets on Any Device, With no Downloads, Hardware Restrictions, or Wait Times

Destroying planets in Solar Smash has never been faster and easier than when playing it on the cloud with now.gg, with no downloads or hardware restrictions.

If “catharsis” would be a video game, it would definitely be Solar Smash, the sequel to City Smash created by the same team, Paradyme Games. Solar Smash is a mobile game with no objective other than to destroy planets and other celestial objects in various fun, entertaining, and creative ways, and is a direct expansion to the previous entry, by taking to outer space rather than being limited to destroying only cityscapes, and an even larger expansion to their first game in the series, Room Smash, which is simply about trashing and destroying a variety of rooms.

However, this emphasis on destroying a variety of satellites, moons, planets, and other celestial objects, makes the standard gameplay loop of Solar Smash quite short and concise. In fact, barring the hunting for achievements by fulfilling certain criteria while playing the game, most players will likely boot up Solar Smash, destroy a planet once or twice, and then close it until next time when they have a few minutes to spare.

These short gaming sessions make Solar Smash an ideal title for playing on the cloud with now.gg. Instead of downloading and installing the game on your phone, now.gg lets you play Solar Smash on any and every device, be it phones, tablets, or PCs, simply by clicking on a link. In fact, as long as you have a stable internet connection, and your device can open a web browser, you can use it to play mobile games on the cloud now.gg, without having to download any files, and with the best graphics and performance, regardless of your device specifications. 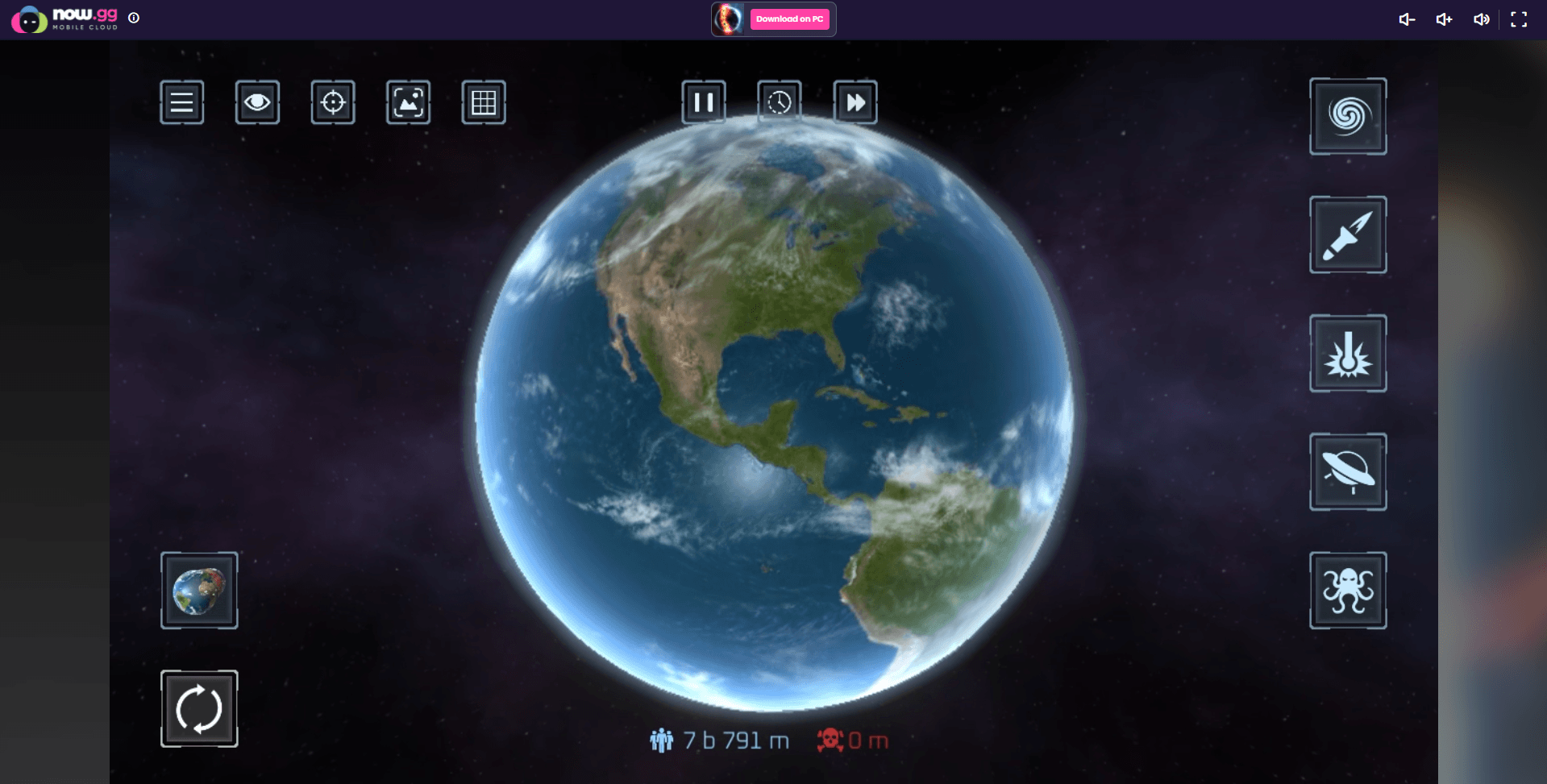 Playing Solar Smash Online on the Cloud With now.gg

The best part about playing on now.gg is that, as we mentioned above, accessing your favorite games is as easy as can be, and only requires clicking on a link. In the case of Solar Smash on the cloud, you simply need to click on the “Play in browser” button to start the game. Afterward, you will be taken to a browser player where the game will launch, and you’ll be able to start playing Solar Smash on your browser, with the best performance, no loading screens and, most importantly, without taking space on your device. What’s more, when it comes to visuals and performance, now.gg guarantees the best of both regardless of your PC or device specs. This is because you’re only accessing a streaming version of the game, while the processing and rendering itself is handled by our high-end, cutting-edge hardware and servers.

Aside from these clear advantages, however, there are also other benefits to playing Solar Smash on the cloud with now.gg. Here are some of the most significant upsides of playing on our mobile cloud:

Games like Solar Smash are meant to be played sporadically. That is, you play them only when you have a few minutes to spare and want to spend them destroying a few planets. In this sense, what better way to play it than by simply clicking on a link and getting started, without having to download and install updates, or go through any other arbitrary wait times? 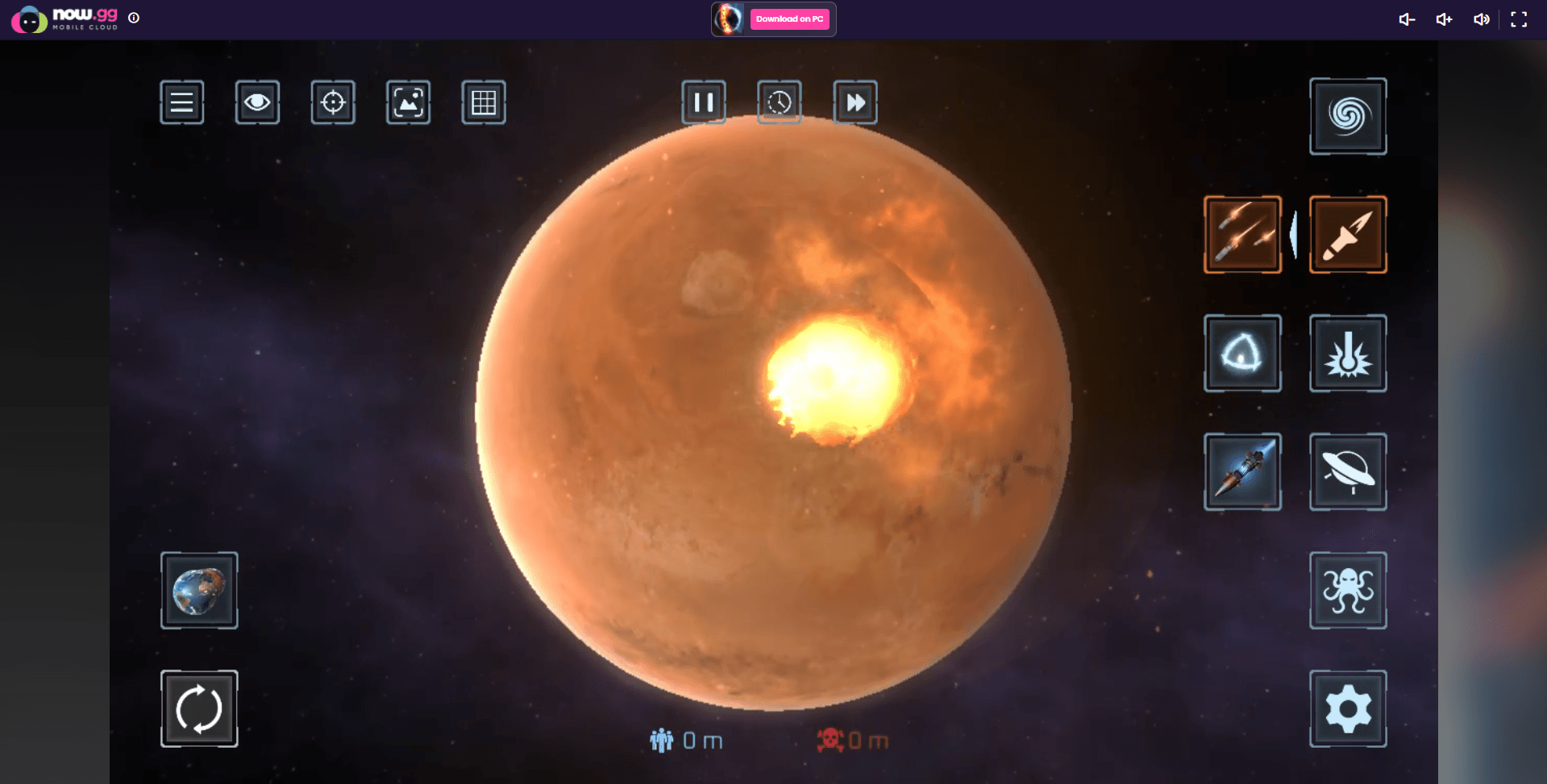 We know we’ve already mentioned this previously, but we feel it deserves a bit more elaboration for Solar Smash, especially considering that the game has a pretty expansive “System Smash” in which you can completely obliterate a star system instead of individual planets. Understandably, this game mode takes place in a much larger map and a much bigger scale, which means that it requires much more resources to run with adequate performance. And even on the best devices, it’s not uncommon to experience a bit of slowdown when too much is happening on-screen at the same time. 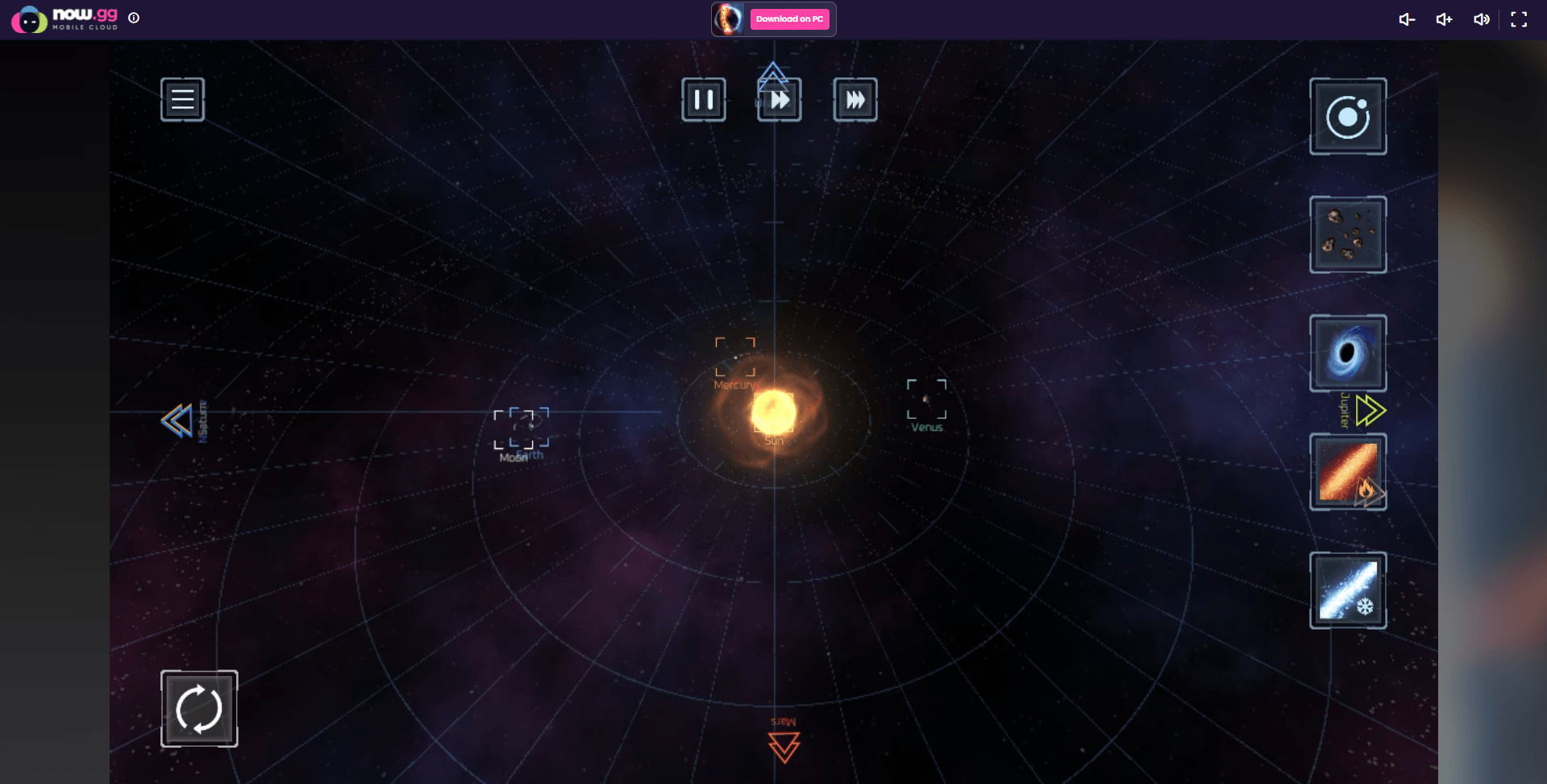 By playing Solar Smash on the cloud, however, you’d be relying on our top-notch hardware to enjoy the game, which is several orders of magnitude better than any phone or gaming PC hardware commonly available to the public. As a result, you can enjoy even the most demanding Solar Smash gameplay, including the System Smash mode, without any performance issues. 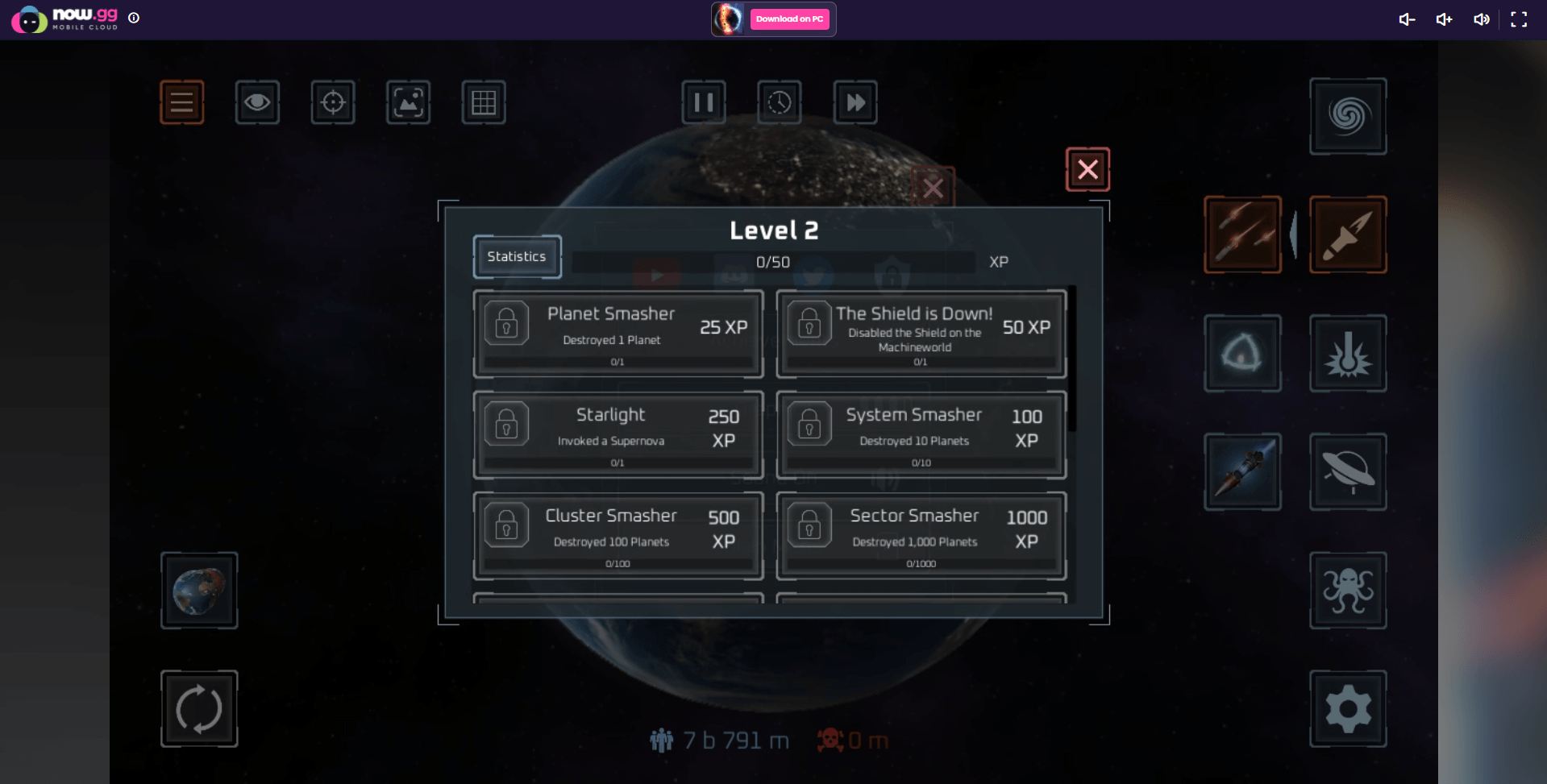 Even if you decide to play on multiple devices, such as on your phone when you’re out and about, and then on your PC when you get back home, you can synchronize your progress through Google Play or any other game services. By linking the same Google account to all your devices, you can essentially sync your progress regardless of the platform you’re playing on.

now.gg gives you the best experience with playing any mobile game on the cloud, with the best performance and graphics, regardless of your device specs, and without taking up any storage space. Click on the link above and try it out for yourself; play Solar Smash on the mobile cloud and start destroying planets right now!